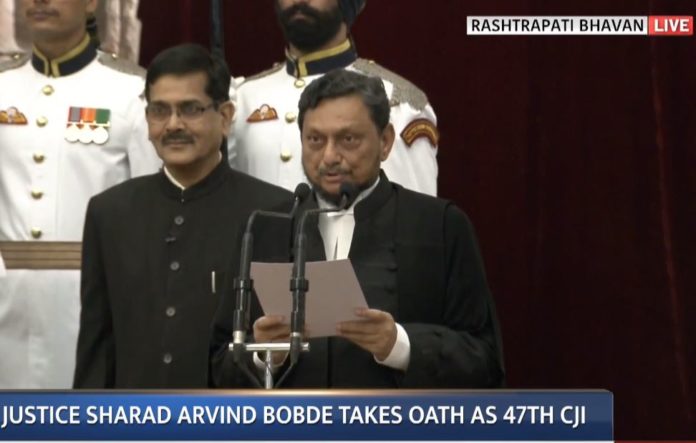 Sharad Aravind Bobde was sworn in as Chief Justice

New Delhi: Sharad Aravind Bobde has been sworn in as the 47th Chief Justice of India. The swearing-in ceremony was held at the Rashtrapati Bhavan. Bobde’s term of office is April 23, 2021. The President has approved the appointment of Bobde, who succeeded Ranjan Gogoi on October 29.

Bobde was a member of the bench that heard many important cases, including the Ayodhya dispute case and the BCCI case. Further proceedings in the case will be under Bobde as the Muslim Personal Law Board decides to go ahead with the review petition in the Ayodhya case. The Constitutional Bench headed by Bobde will also hear the petition for reconsideration of the Sabarimala women entering.