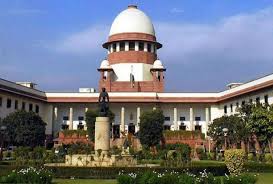 New Delhi: The Supreme Court has ordered to hold a confidence vote in the Maharashtra Assembly before 5 pm tomorrow. The Supreme Court said a vote of confidence was needed to stop the horse trade. The Supreme Court has ruled that there is no secret ballot. The open ballot should be used. The procedure should be broadcast live. The court also said that the protector should control the proceedings. Fadnavis’ lawyer Mukul Rohatgi told the court yesterday that the governor had granted him 14 days. This was rejected by the court. The petitioners, the Shiv Sena, the NCP, and the Congress are demanding that the immediate majority be proved.

The Supreme Court has taken the same stand in the Karnataka case last year. Karnataka Governor Vajubhai Vala granted BS Yeddyurappa 15 days, the court reduced it to one day.