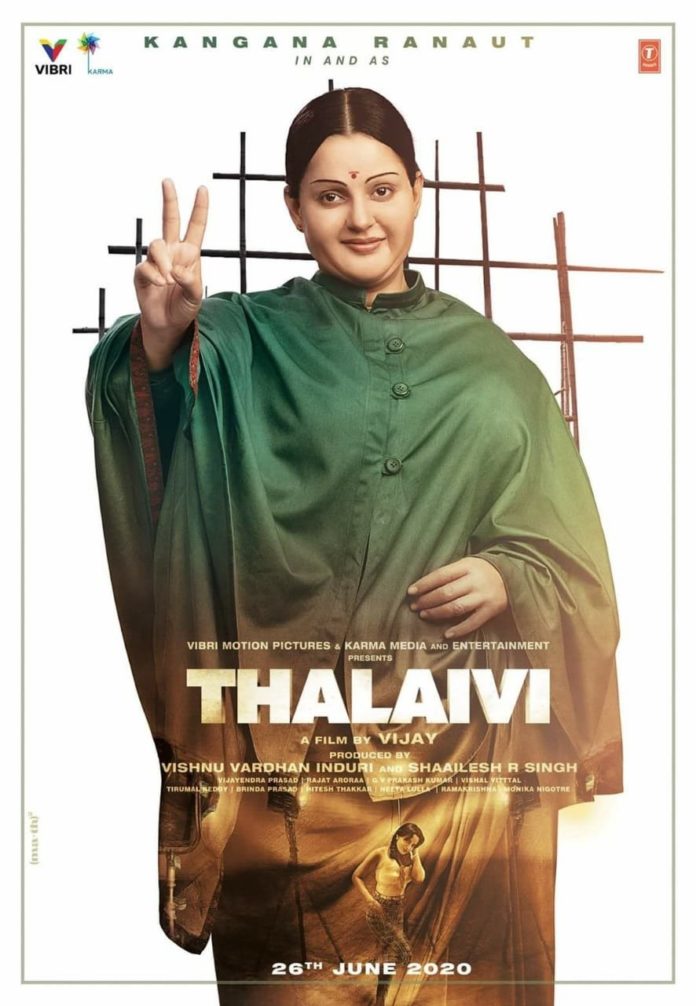 New poster of Thalaivi has released

A new poster of the film Thalaivi is about the life of former Tamil Nadu Chief Minister Jayalalithaa has been released. Bollywood star Kangana Ranawat is in the leading role.

To make Jayalalithaa’s makeup look, she relies on prosthetic makeup. Directed by AL Vijay, Thalaivi will be released in Tamil, Telugu, and Hindi. Arvind Swamy is also acting in the film.