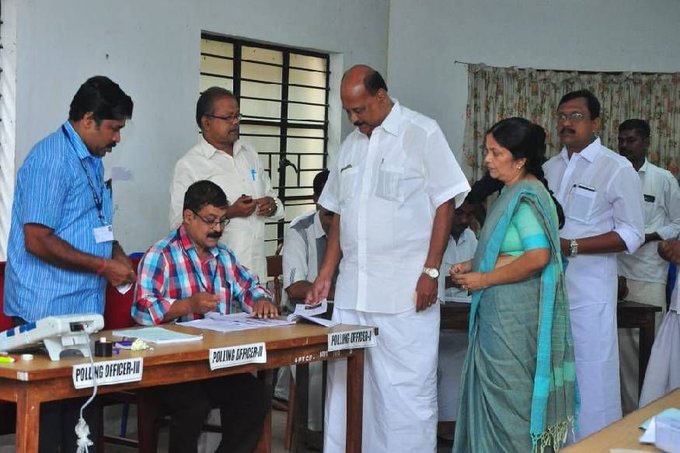 Pala: The by-elections in Pala ended. 71.26 percent polling was recorded. Things have slowed down since the afternoon due to heavy rain. Counting is scheduled for Friday.

When the polling began in the morning, there was a long line of voters in the booths. By ten o’clock, the turnout had crossed 20 percent. But as the afternoon rains were heavy, the turnout dropped.