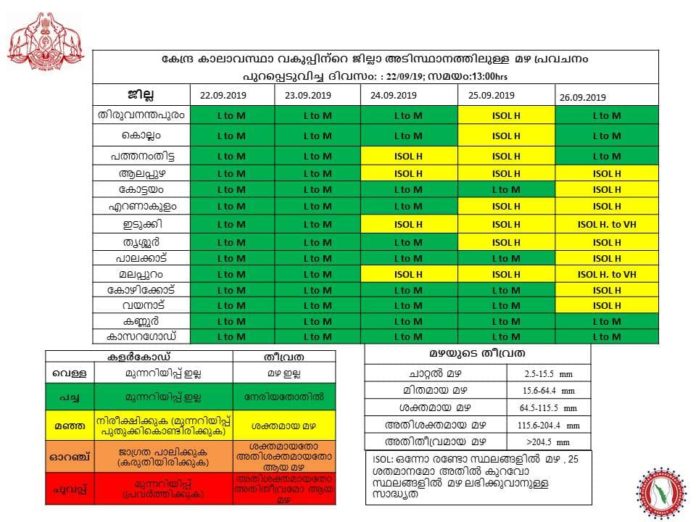 Thiruvananthapuram: The rain is expected to hit the state again. The meteorological department said that isolated heavy rains are likely from Tuesday. Yellow Alert was declared on Tuesday in Pathanamthitta, Alappuzha, Idukki and Malappuram districts. Yellow Alert has been announced in eight districts on Wednesday and nine districts on Thursday.