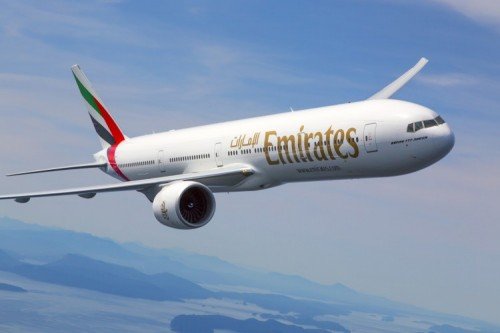 Abu Dhabi: UAE airlines have canceled services to conflict-torn Israel. Etihad Airways has announced that all flights and cargo services to Tel Aviv will be canceled from Sunday. The UAE also canceled flights to Israel, following in the footsteps of the United States and European airlines. Etihad Airways said it was assessing the situation. Fly Dubai, said it had canceled flights from Dubai to Israel. Flights are scheduled for next week. The planes were canceled after missiles landed near Tel Aviv.
Meanwhile, the West Bank is protesting the escalation of the conflict between Israel and Hamas into the West Bank region. Several young men clashed with Israeli soldiers. Eleven people were killed in the attack.

Israel has intensified its offensive in Gaza. Six members of a family were killed inside the home. At least 126 people have been killed in Gaza, including 31 children and 20 women. The Palestinian people protested strongly against the Israeli aggression.

A Lebanese protester has been killed in an attack on Israel’s northern border. Meanwhile, Israeli media reported that three rockets were fired at neighboring Syria but did not reach their destination. Earlier this month, clashes erupted in East Jerusalem.

Islamabad: The death toll in a suicide bombing in northwest Pakistan's Peshawar has risen to 90. More than 150...
World News

Death toll rises to 58 in anti-government protests in Peru

Warsaw: The Polish police have informed the Indian Embassy that four Georgian citizens have been arrested in connection with...
- Advertisment -