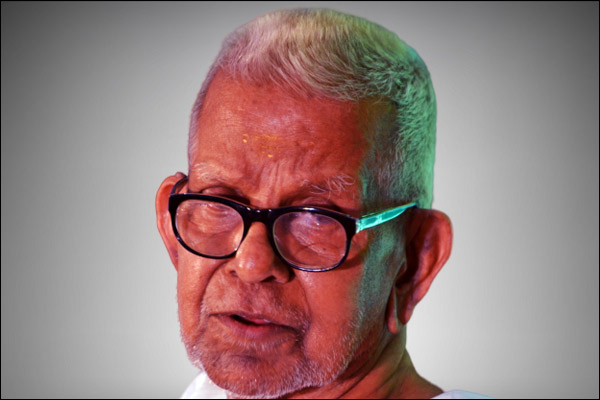 New Delhi: Poet Akkitham has been awarded the Jnanpith Award this year. Akkitham is the sixth Malayalee to win the award. The award was decided by a committee in Delhi. The award carries Rs 11 lakh and Saraswati sculpture.

Achuthan Namboothiri was born on March 18, 1926. He has published more than 43 works. Akkitham’s masterpiece is ‘Irupatham Noottandinte Ithihasam’. In 2017, the country honored him with the Padma Shri.

He is the recipient of the award for his outstanding contribution to literature. His lines ”Velicham Dukhamanunni, Thamassallo Sukhapradam” is still relevant today.

He has also won the Central and State Sahithya Academy Awards and the Ezhuthachan Award.