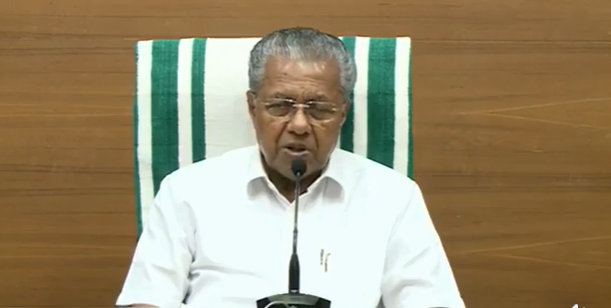 Lockdown restrictions remain in the state

Thiruvananthapuram: Chief Minister Pinarayi Vijayan said that the lockdown controls announced by the central government would continue in the state. The Center has announced concessions from April 20 on non-hotspot districts. Districts that have been declared a Red Zone will continue to have strict control.

The Center has stopped the work of public transport and educational institutions. All these will remain in the state. Kasargod, Kannur, Ernakulam, Malappuram, Thiruvananthapuram, and Pathanamthitta districts are the hotspots according to the central list. This would include Kozhikode. There is a suggestion that the districts of Kasaragod, Kannur, Kozhikode, and Malappuram should be united as one zone. This will be presented to the Central Government. Chief Minister said that Kasargod-61, Kannur-45, Malappuram-9 and Kozhikode-9 were the most affected. Strict restrictions will continue in these districts.