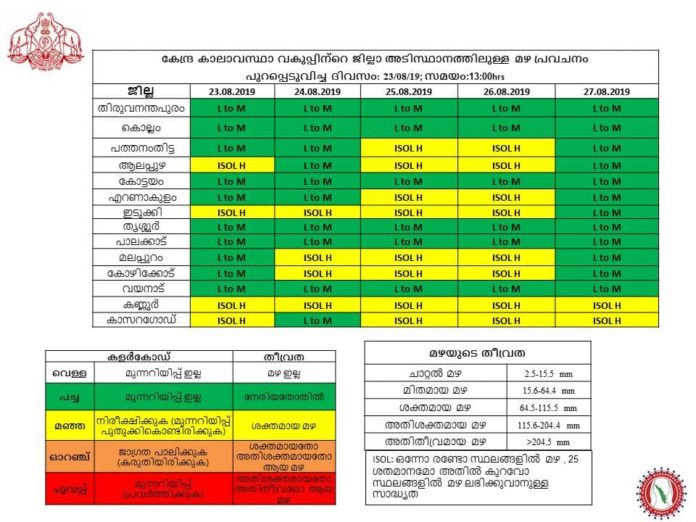 Thiruvananthapuram: Heavy rains are likely in some districts of the state, the Meteorological department said. Yellow Alert has been announced in Idukki, Malappuram, Kozhikode and Kannur districts on Saturday. Fishermen are also warned to remain vigilant as high tides are likely to occur in coastal areas.

Districts that have announced a Yellow Alert

The sea is likely to be turbulent along the coast and in the lowlands close to the coast. Therefore, these areas are likely to have waves of 3.0 to 3.2 meters, which last from 15 to 19 seconds on Friday night.