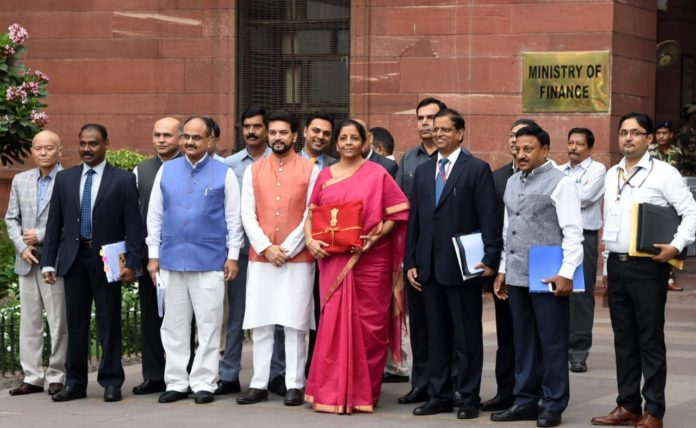 New Delhi: The first Budget of the second Modi Government has been launched. Finance Minister Nirmala Sitharaman said the last government’s strength was the financial discipline and the budget was aimed at the new India.

The budget is based on the belief that it can achieve unexpected economic growth. India grows to $ 2.7 trillion in economic power this year, from infrastructure development to outer space. In terms of purchasing power, India is the third-largest economy. Nirmala Sitharaman also said that there are very important steps in place for New India.