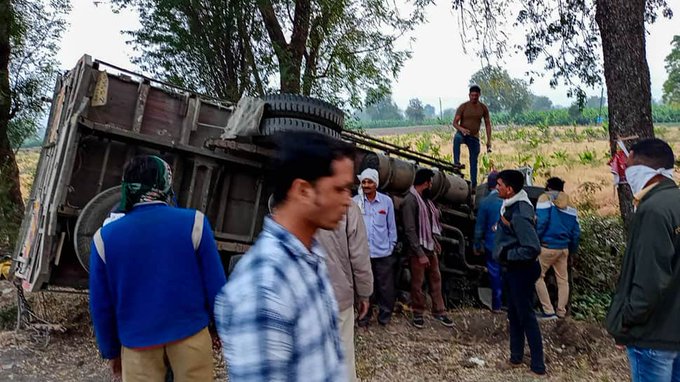 In Maharashtra, a truck overturned, killing 16 people and injuring five others

Mumbai: At least 16 people were killed when a truck overturned in Maharashtra’s Jalganj district on Friday night, police said. Police said all the dead were from Abhoda, Kerhala, and Raver. Five people were seriously injured in the accident.

Prime Minister Narendra Modi expressed his condolences on the incident. He tweeted that he shares the grief of the families of the dead and wished the injured a speedy recovery.
Fourteen people were killed and four others injured in a road accident in Andhra Pradesh’s Kurnool district yesterday. The minibus collided with the truck

Srinagar: The army has killed Mohammad Ismal Alvi, the mastermind of the Pulwama terror attack. A relative of Jaish-e-Muhammad...
India News

Movie theaters are opening in the country

New Delhi: The Central government has permitted to open cinema theaters in the country. Theaters, which closed in April following the...
- Advertisment -

RTPCR was made mandatory to enter the Karnataka

Admin - July 31, 2021 0
Bangalore: Karnataka has made RTPCR compulsory for entry into the state from other states including Kerala. Those who have received two doses of the vaccine must...