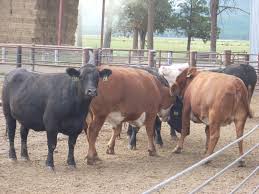 New Delhi: Four persons have been arrested for slaughtering a cow in the complaint of Bajrang Dal in Bulandshahr. It is alleged that many of the accused have not been on the scene. The FIR was registered in the complaint filed by Bajrang Dal leader Yogesh Raj. It was a huge controversy for the accused in the case of cow slaughter, including children. At least four people have been arrested in connection with the case. All are Muslims. All the accused were involved in the village of Nayabas, just 11 kilometers from the site.