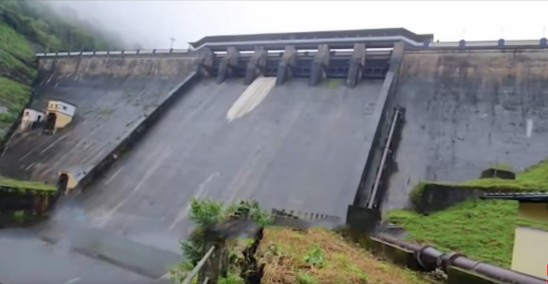 The two shutters of the Pampa Dam were opened

Idukki: Two shutters of the Pampa dam were opened due to the rising water level. The flow of water is 25 cumecs to 100 cusecs per second. The water reaches Pampa Triveni only after six hours. In populated areas, the water level in Pampa is likely to rise by up to 10 cm. The district collector said that those living on the banks of the river Pampa should be careful.

Sabarimala pilgrims are advised to avoid bathing in the river. At the same time, as the rains receded, restrictions on pilgrims on Sabarimala were lifted. Pilgrims were restricted from entering the Sabarimala forest and the eastern hills. The raising of the shutters of the Moozhiyar, Kaki, Anathodu dams caused raised water levels in the Pampa, Triveni rivers.

Facebook
Twitter
Pinterest
WhatsApp
Previous articleOne terrorist was killed in a clash between security forces and militants in Jammu and Kashmir
Next articleThe accidental death of models; Excise strengthens monitoring at DJ parties