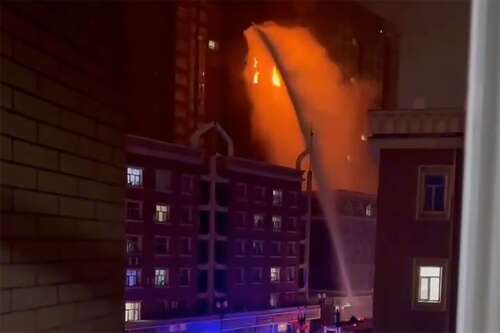 The hospital officials said that the injured were rushed to the hospital but could not be saved. Officials added that an investigation into the accident has been launched. Fire incidents are common in China due to lax safety standards and corruption among officials. This week, a factory fire in the central Chinese city of Anyang killed 38 people and injured two others.

Six dead after truck runs into the crowd in UP

Lucknow: Six killed in  UP after a truck runs into the crowd. Three people were seriously injured in the...
World News

A Malayali youth was stabbed to death in Poland

Tehran: Huge earthquake in Iran. Seven people died in the strong earthquake. More than 440 people were injured. The...
- Advertisment -