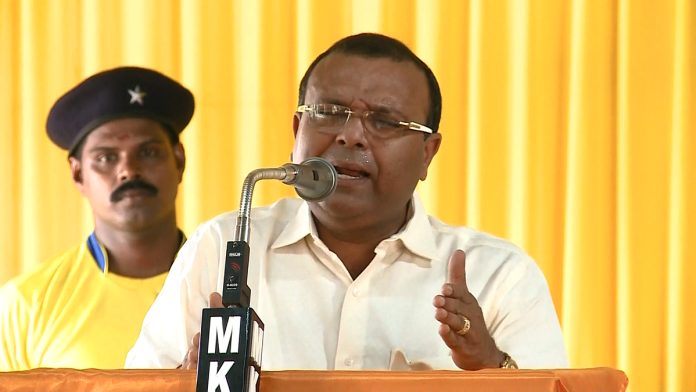 Hyderabad: BDJS president and NDA Kerala unit convener Tushar Vellapalli and BJP organization general secretary BL Santhosh have been added to the Accused list in the Telangana operation lotus case. Although they were summoned earlier, they did not appear before the investigation team. Then a look-out notice was also issued. After this, the Special Investigation Team added the name in the FIR.

TRS President and Telangana Chief Minister K Chandrasekhara Rao had alleged that Tusharvellappalli was the main behind the Operation Lotus plan to topple the TRS government in Telangana.