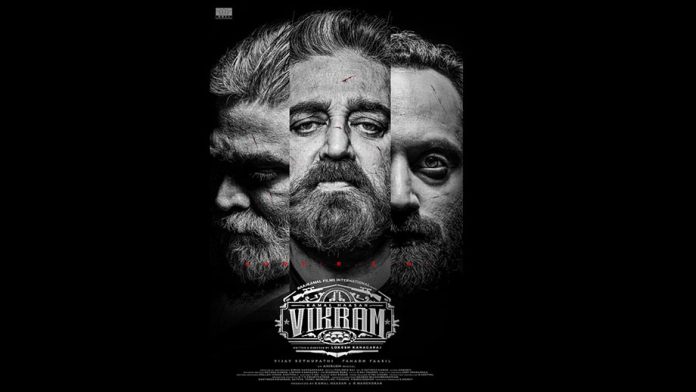 Mumbai: Kamal Haasan’s film ‘Vikram’ crossed 300 crores in India. The film has reached the 150-crore club for the first time in the history of Kollywood and is finding records again.

The film is expected to earn 450 crores globally. News agency ANI has also reported that the film has crossed 300 crores. It is reported that the film ‘Vikram’ will start streaming on OTT on July 8. Directed by Lokesh Kanakaraj, the film was released on June 3. Disney Plus Hotstar acquired the digital OTT streaming rights of the film for a record amount before its release.

Vikram became the highest-grossing film in Tamil Nadu. Baahubali has collected Rs 155 crore from Tamil Nadu. But this record was broken in just 16 days. The master directed by Lokesh Kanakaraj starring Ilayadalapathy Vijay was the highest-grossing film before. Vikram is a film directed by Lokesh Kanagaraj after Master. Lokesh himself wrote the screenplay of the film. Kamal Haasan, Vijay Sethupathi, and Fahadh Faasil have come together in this crime-action thriller.