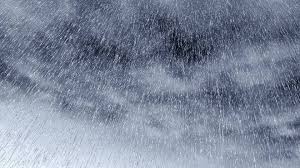 Widespread rain with thunder and lightning in the state for the next five days, yellow alert in six districts

Thiruvananthapuram: Central Meteorological Department has said that the low pressure over Madhya Pradesh has weakened into a cyclone.

The monsoon trough has started to move slightly northward. It is likely to move further north in the next two to three days. A low-pressure system prevails from Gujarat coast to Karnataka coast. As a result of all this, the Central Meteorological Department has warned that there is a possibility of widespread rain with thunder and lightning in Kerala for the next five days.

Isolated heavy rain is also forecast till Thursday. A yellow alert was declared in Ernakulam, Idukki, Palakkad, Malappuram, Kannur, and Kasaragod districts on Wednesday. Rain warning has also been issued in Alappuzha, Kottayam, Ernakulam, and Idukki Malappuram districts on Thursday.