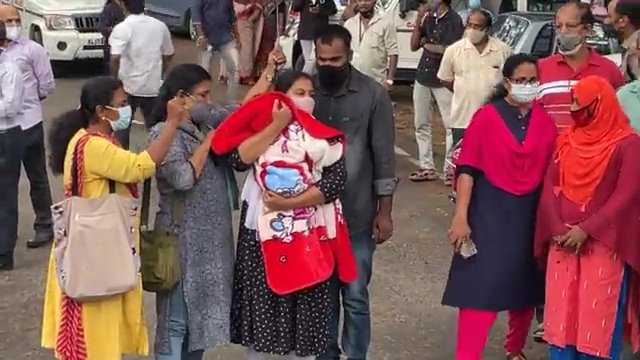 Thank you for getting the baby back; Anupama says the strike will continue till take action against the culprits

Thiruvananthapuram: Anupama thanked everyone for getting the baby back. She responded that they were very happy and thanked those who stood by. Anupama received the child in the Thiruvananthapuram family court.

Anupama, who came to the protest tent with her child from the court, informed the media that the strike would not stop. She said the strike would continue till the authorities take action against the culprits.

KK Rama MLA, who was with Anupama, said that the conspirators in the incident would be brought out and the strike would continue till they are given legal punishment.