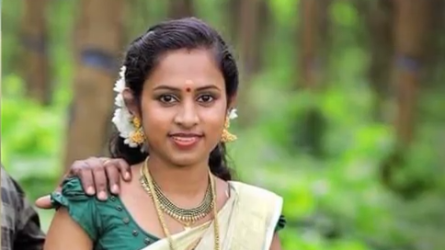 Kannur: Father-in-law arrested in connection with Sunisha’s death in Payyanur Vellore. Raveendran, father of Sunisha’s husband Vijeesh was arrested. Arrested on charges of incitement to suicide and domestic violence. Vijeesh had earlier been arrested by the police. Vijeesh’s mother had been granted anticipatory bail citing health issues.

On August 29, Vijay’s wife Sunisha (26) was found dead at her husband’s house in Vellore. She was found dead hanging from the ventilation of the bathroom. The family had alleged that Sunisha’s suicide was due to harassment by her husband and family members.