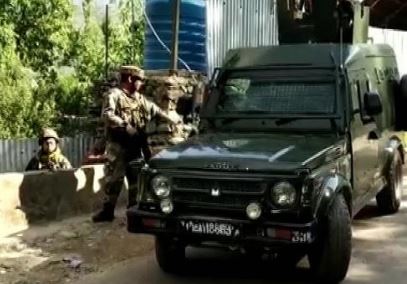 Encounter in Jammu and Kashmir; Two terrorists were killed

Kupwara: Two Lashkar-e-Taiba (LeT) militants were killed in a clash with security forces on Tuesday morning in Chaktaras Kandi area of Kupwara district of Jammu and Kashmir.

Kashmir Zone Police said one of the two killed was Tufail, a Pakistani national.

The clashes between the militants and the security forces started this morning. Another Lashkar-e-Taiba-linked Pakistani militant was killed in a clash in Baramulla district on Monday.