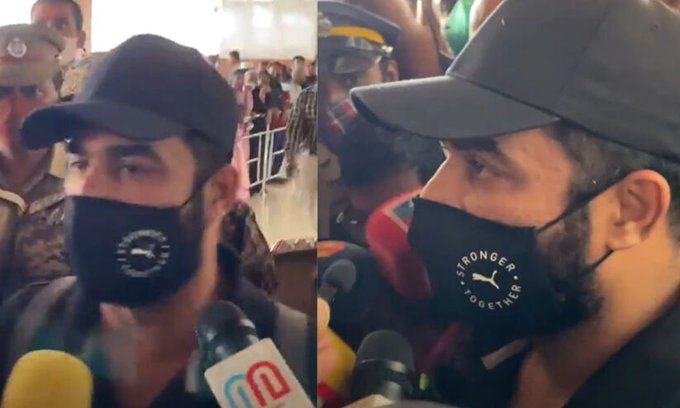 HomeNewsMoviesVijay Babu's anticipatory bail has been postponed to Friday
NewsMovies

Vijay Babu’s anticipatory bail has been postponed to Friday

Kochi: The High Court has adjourned till Friday the hearing of the anticipatory bail application of producer Vijay Babu in the case of rape of an actress.

The ADGP, who is overseeing the investigation of the case, has asked the court to adjourn the hearing of the case to Friday as he remains in quarantine. The court granted bail and adjourned the case till Friday.

Earlier, the prosecution had told the court that Vijay Babu, who was abroad, needed further questioning. The case was adjourned till today.

Vijay Babu, who was in Dubai, arrived in Kochi last week on the instructions of the High Court. The investigation team then called the police station and questioned them. Vijay Babu said that he had a consensual sexual relationship and was complaining when he was denied an opportunity in the film.

Facebook
Twitter
Pinterest
WhatsApp
Previous articleHeavy rains in the state for the next five days; Yellow alert in eight districts today
Next articleEncounter in Jammu and Kashmir; Two terrorists were killed