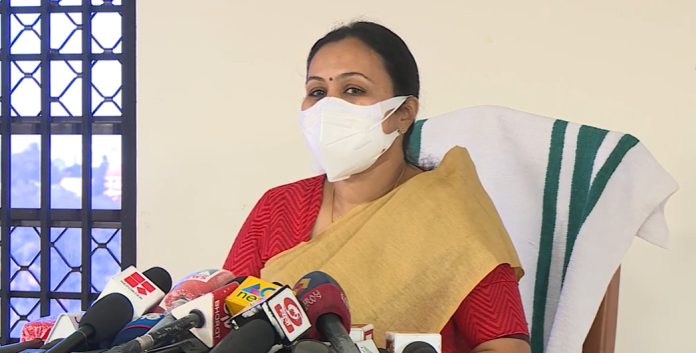 Thiruvananthapuram: Suspension for an employee who misled Health Minister Veena George into computer malfunction.  The incident took place at the cash counter of the Thiruvananthapuram General Hospital.

An employee who misled Health Minister Veena George into not working for 11 months due to a computer malfunction has been sacked pending an investigation.  Minister Veena George visited the General Hospital this morning.  There was only one counter at the cash counter where you had to pay the bill for various checks.
The minister’s office said the minister saw this as making it harder for patients.  The minister then inquired about the cause of the incident to the employee who was present at the spot. The employee replied that the computer was faulty and had not been working for 11 months.  The Minister immediately summoned the Superintendent and the e-Health staff.