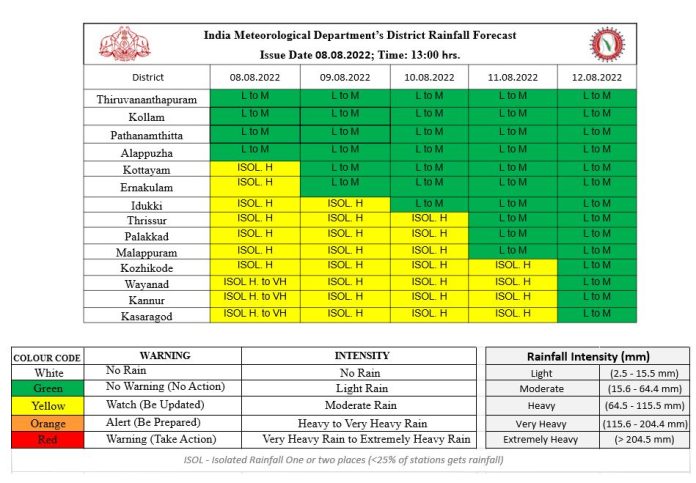 The Central Meteorological Department has informed that there is a possibility of isolated heavy rain in Kerala till 11. Banasura Sagar Dam in Wayanad, which is full of water, will also be opened in case of heavy rains. It has been decided to open a shutter of the dam by 10 cm. 8.50 cubic meters of water per second will flow out.

Facebook
Twitter
Pinterest
WhatsApp
Previous articleThree more shutters of Idukki Dam were raised
Next articlePost offices will be open on Tuesdays and Sundays; This is the reason