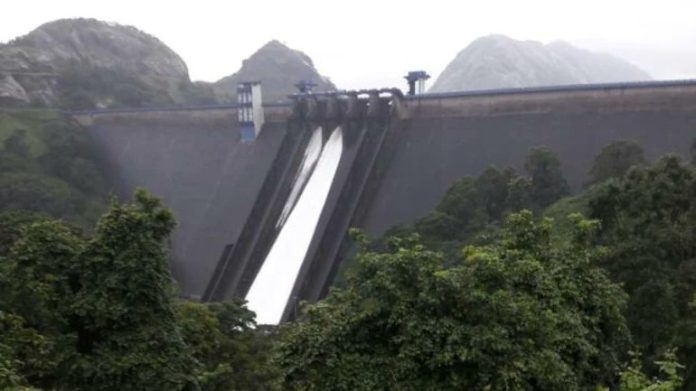 Idukki: Three more shutters of Idukki Dam were raised. Due to the increase in water level in the dam, 3 shutters were raised by 80 cm each. The flow of water to the dam is strong. Residents on the banks of the Periyar have been warned. Officials say there is no danger at this time.

Earlier it was decided to raise the shutters by 60 cm. However, due to increased water flow, it was raised by 80 cm. Dam’s 2nd, 3rd, and 4th shutters are raised. 150 cumecs of water are flowing out of the dam. The current water level in the dam is 2385.45 feet. Vigilance has been issued in the five villages of Idukki, Kanjikuzhi, Upputhod, Thangamani, Vathikudi, and panchayats like Vazhathop and Mariapuram.

35 cubic feet of water is permitted to be released if required. A warning has been issued in the vicinity. The water from the dam first flows into the Karaman stream. From there the water will reach the Panamaram area, then the Kabini River, and then the Beechanahalli Dam in Karnataka. Banasura Dam was last opened two years ago.

The water level in Mullaperiyar Dam has risen again. The current water level in the dam is 138.90 feet. The amount of water flowing out of the dam has increased. 3545 cusecs of water will flow out.

Dam’s Rain – There was heavy rain in the whole area last night. Due to this, the water flow to the dam has increased. An average of 10,000 cubic feet of water flows into the dam per second.