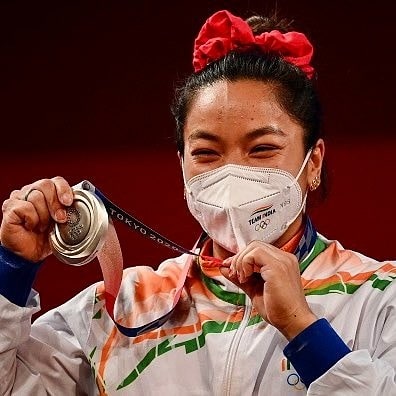 Sihui Hu won the gold by lifting a total of 210 kg. The Indian gained 202 kg. There are indications that the Olympics organizers asked Hu to undergo a doping test because of suspicious circumstances. Athletes are tested before the Olympics. There are indications that the test may be negative and maybe re-tested. Sihu set a new Olympic record of 94 kg in the snatch and added another Olympic record of 116 kg in the clean and jerk. Mirabai raised 87 in the snatch and 115 in the clean and jerk. Despite lifting 117 kg in the last attempt, Mirabai was unable to complete the lift.