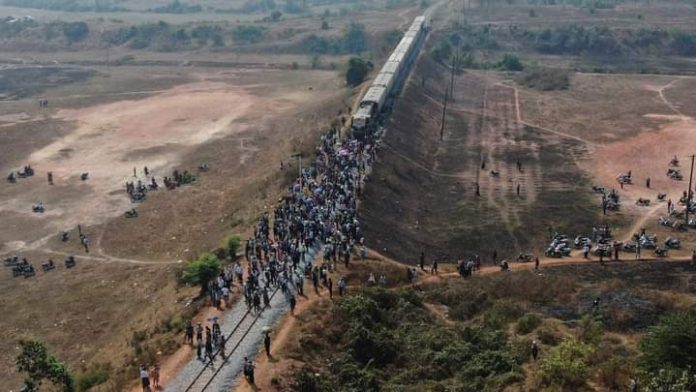 New Delhi: Farmers in Delhi are staging a nationwide train blockade (Rail Rokko) agitation demanding the repeal of agricultural laws. The train stop, which started at 12 PM  will continue till 4 pm. Kerala had earlier been excluded from the strike. But in Punjab, Haryana, Delhi, Rajasthan, Uttar Pradesh, and Jammu, and Kashmir, farmers blocked railway tracks. This is the third strike by farmers protesting on the Delhi border for eighty-five days after a tractor rally and a chukka jam.

Security has been beefed up at railway stations in the area in connection with the strike. All passenger trains connecting Haryana and Punjab have been canceled till 4 p.m. According to Western Railway, trains will not run from 12 noon to 4 pm. The Railways has also decided to divert some trains.