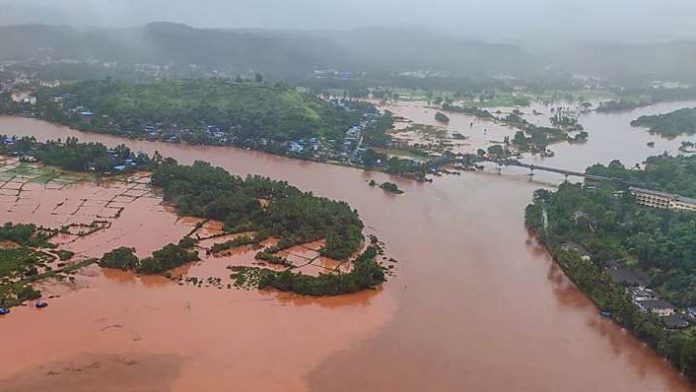 Mumbai: Heavy rains cause severe damage in Maharashtra. About 2.5 lakh people have been evacuated from the affected areas so far. The death toll rose to 149. About 100 people are missing. Rescue efforts were also hampered by the flooding of roads leading to flood-hit areas.

All that remains in the miserable lands of Maharashtra are the mourning of those who have lost everything, including their homes. They are all worried about how to get their lives back on track. Thousands of houses were flooded in Chiplun, Kolhapur, and Sangli areas for the past two days.
The water level in the flood-hit districts of western Maharashtra is declining but above the danger level. NH4, which connects the four major cities of Mumbai, Pune, Bangalore, and Chennai, is still closed.

An official said Kolhapur had become an island and all roads connecting the city were submerged and disconnected from other parts of the state. Rescue and relief operations are still underway. So far 2.3 lakh people have been evacuated from these areas.