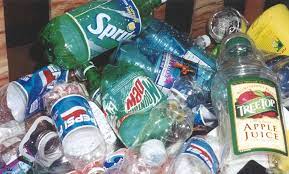 Ban on plastic products from tomorrow

New Delhi: The ban on single-use plastic products will come into effect tomorrow.  The central government has decided to strictly implement the ban.
A special team will be appointed for the inspection. The ban on plastic carry bags below 75 microns came into effect on September 30 last year, and the ban on carry bags below 120 microns on December 31. Consequently, single-use plastic products are banned.

Prohibition of all these