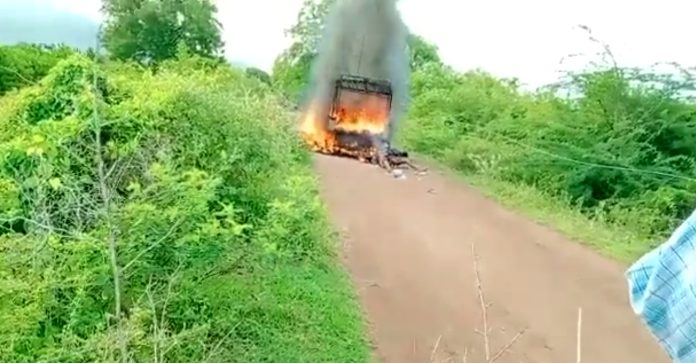 The incident happened around 7 am. The auto rickshaw which was carrying farm laborers hit the wire. Then the electric line fell on the auto and eight people were burnt to death. The accident happened to Gudampally natives who were laborers who were going to Chillakondaiyapally by auto from Tadimari Mandal Buddapally. Reports are that there were ten people in the auto-rickshaw. The condition of two injured persons is critical.