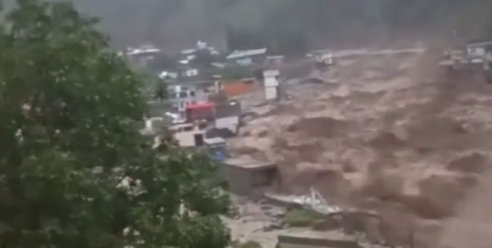 Half of the country is under water; Pakistan sought international help

Islamabad: No one remembers that there was such a flood in Pakistan in the recent past. People are facing more suffering than the flood in 2010. 20 million people were affected by the flood that day. Around 2000 people died due to flood damage. According to the National Disaster Management Authority of Pakistan, this year’s floods have affected 15 percent of the country’s total population, i.e. 33 million people.

As of August 27, 1041 people have died due to floods. Many people have been relocated. Pakistan has sought more international assistance to alleviate the suffering of the people. At present, US, UK and UAE countries have provided assistance. But the Ministry of Home Affairs of Pakistan says that more financial assistance is essential. The government officials clarified that they are doing their best for the safety of the people.

Every year people suffer during the monsoon in Pakistan. Usually, the country gets heavy rains from July onwards. But this time there has been heavy rain since June. This led to the flood.