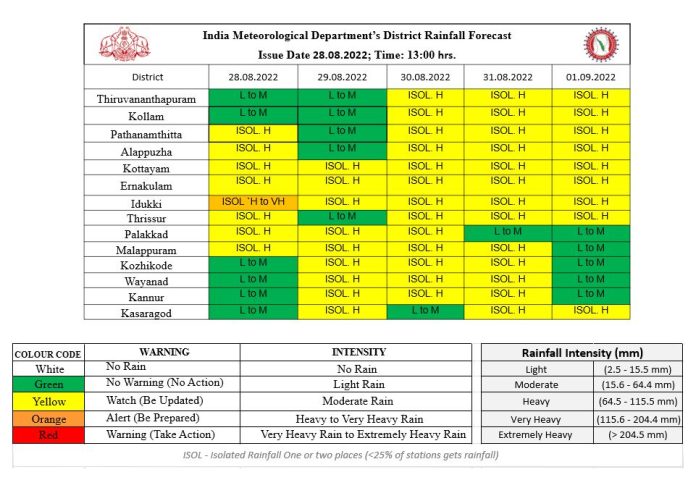 Chance of widespread rain in the state today; Alert in 6 districts

Thiruvananthapuram: The weather forecast says widespread rain is likely in the state today. A yellow alert was declared in 6 districts.
The northern districts of the state have received heavy rains in the last few days.

Yellow alert in Pathanamthitta, Alappuzha, Kottayam, Idukki, Palakkad, and Malappuram districts. The Meteorological Department has announced that rain will continue in Kerala till Wednesday. A red alert has been declared at the Idamalayar dam after the water level rose due to heavy rains.