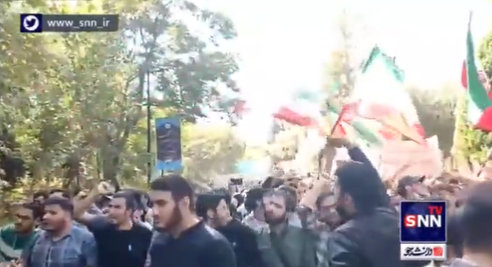 Tehran: Protests continue over the death of a young woman who was arrested by religious affairs police for violating Iran’s traditional dress code.

Iranians took to the streets of the capital, Tehran. 22-year-old Mahsa Amini, who was taken into custody by the Religious Affairs Police on September 13 for not covering her hair with the hijab, which is mandatory for Iranian women, died on Friday.

The woman was unconscious for three days and died in the hospital. Fars news agency reported that students at Tehran universities protested demanding an investigation into the death and the abolition of the religious affairs police that detained Amini. Protests also took place in Mashad town. Many Iranian women protested by not wearing headscarves.

Stating that she died due to a heart attack, the police rejected the allegation of ill-treatment. However, the family clarified that Amini had no heart problems. Amini, who is of Kurdish origin, was buried on Saturday in his hometown of Saks in western Iran. The protest broke out after the burial. Iranian President Ibrahim Raisi, who traveled to New York on Monday to address the United Nations General Assembly, ordered the investigation. The Judiciary and the Parliamentary Committee have started an investigation.