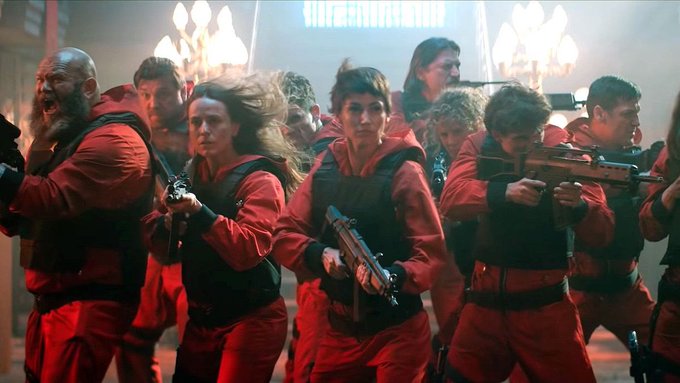 HomeNewsMoviesThe release date of the fifth part of 'Money Heist' has been...
NewsMovies

Fans’ long-awaited fifth edition of ‘Money Heist’, one of the most popular web series in the world, has finally come to an end. The release date of the fifth season has been announced by Netflix. Netflix announced on Twitter that the first volume of the fifth season will be released on September 3rd and the second volume on December 3rd. The Spanish-language series was first released on the Spanish television network Antenna 3 as ‘La Casa de Papal’. The series, which was released in 5 episodes, was a failure in Spain. But after the Netflix series was acquired and dubbed into English and released as Money Heist, it became a worldwide wave.