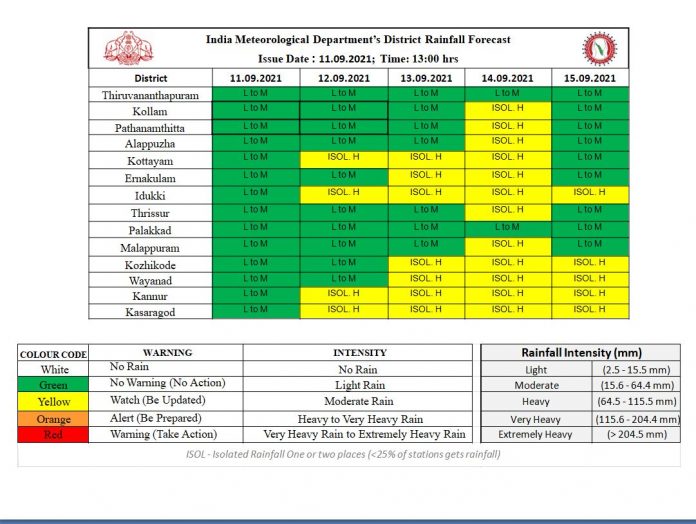 Thiruvananthapuram: The Central Meteorological Department has forecast heavy rains in the state due to low pressure in the northeastern Bay of Bengal. It is likely to rain from tomorrow till the 15th. A yellow alert has been declared in various districts.

The low-pressure area formed this morning is expected to strengthen in the next 48 hours, making it the first extreme low pressure of the season, the Meteorological Department said. North Kerala is likely to receive showers from today. Widespread rains are also expected in Kerala on September 14 and 15.

Meanwhile, the Central Meteorological Department has said that fishing will not be restricted along the Kerala-Karnataka-Lakshadweep coast.