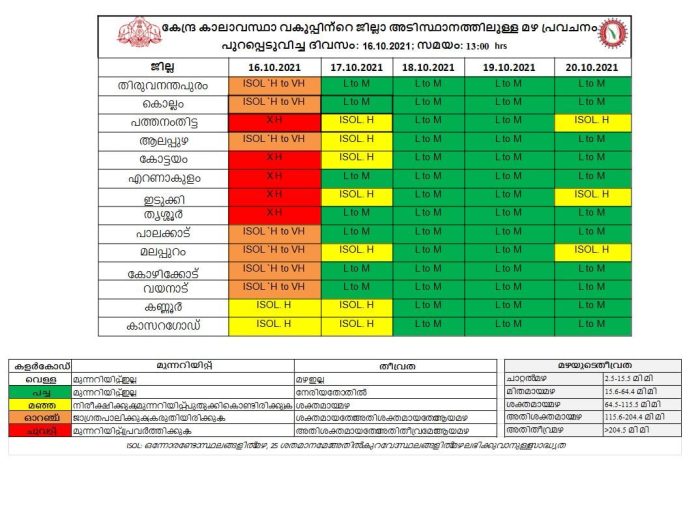 Heavy rains: Restrictions on tourism and plantation areas in Idukki

Idukki: The district collector has been directed to suspend outdoor works due to heavy rains and landslides in the district and the possibility of falling trees. Kayaking operations and boating for tourism should be stopped immediately in the district.

Workers should also stop working in the plantation areas as there is a risk of tree felling due to heavy rains. The district collector also said that the existing night travel ban in the district has been extended till October 20.

As heavy rains continue in the district, there is a possibility of flooding in urban and low-lying areas. Taluk level officials and the public have been directed to take precautionary measures in this regard.
The risk of landslides, mudslides, and floods is high. This requires pre-preparation.

The KSEB, Irrigation, and KWA Departments were directed to ensure compliance with the rule curves of the dams and to make preparations in advance for small dams. Rising water levels in rivers require special monitoring.

Disaster prevention and response activities in the district should be planned following the guideline ‘Orange Book 2021’ of the State Disaster Management Authority.

People will be relocated in advance at the required stages. The operation of the camps must comply with the rules in the context of the covid 19 epidemic. Taluk control rooms and district control rooms are set up 24 * 7 hours a day under the leadership of Deputy Tehsildar.

Facebook
Twitter
Pinterest
WhatsApp
Previous articleMan hanged at a police barricade in Singhu; Farmers say Nihangs behind the murder
Next articleTravel to Ponmudi Hill Station has been banned