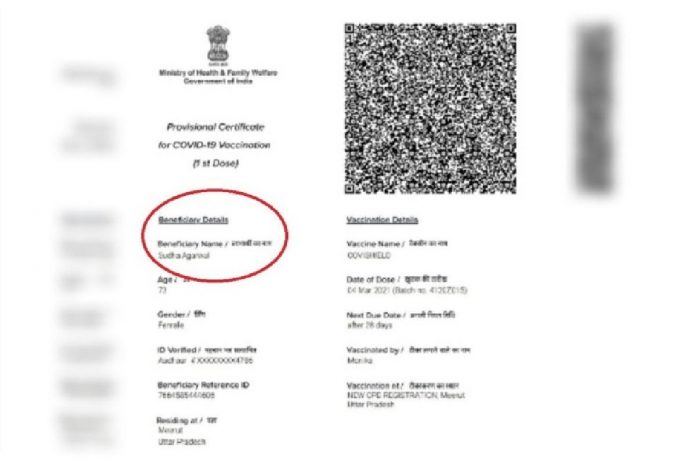 The passport number can be added to the vaccination certificate

Earlier this month, the central government issued a revised guideline in this regard. The guideline says that those going abroad should attach the vaccination certificate with their passport.

The government has issued a directive to those who go abroad for education, employment, and participation in the Tokyo Olympics. To facilitate this, Covin has set up a facility on the portal.

Free foodgrains to all priority families for one year

New Delhi: Finance Minister Nirmala Sitharaman said that from January 1, 2023, the scheme will be implemented to distribute...
India News

A three-year-old girl was raped and killed in Bengaluru

Bengaluru: A toddler was raped and killed in Bengaluru. A three-year-old girl was killed by her mother's boyfriend on...
India News

Budget 2023: Interest-free loans to states for one more year

New Delhi: The Center's 50-year interest-free loan facility to state governments will continue for another year. The announcement by...
- Advertisment -