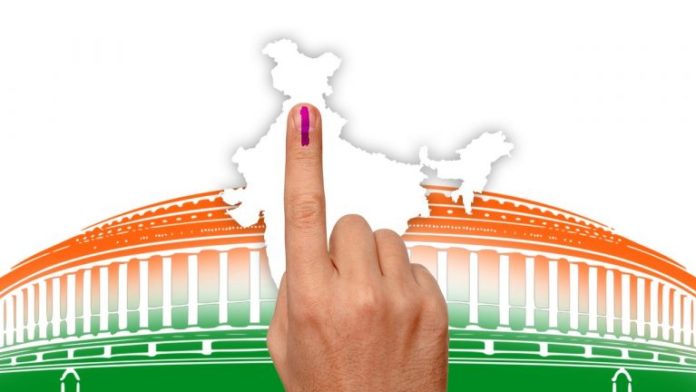 The last phase of the Lok Sabha Election continues; 59 constituencies will be recording their votes

New Delhi: Polling for the 17th Lok Sabha will be completed today. In the last and seventh phase, polling was held in 59 constituencies in seven states and one union territory.

13 in each constituency in Uttar Pradesh and Punjab is recording the vote today. Bihar and Madhya Pradesh have eight constituencies, nine in West Bengal, four in Himachal Pradesh; three in Jharkhand, in Chandigarh records their vote today.

In the seventh phase, 918 candidates are contesting. Prime Minister Narendra Modi is seeking a verdict in this phase. The prime minister is contesting from Varanasi constituency in UP.

Out of the total 10,01,75,153 voters, including 3,435 transgenders, will write the verdict. In the seventh phase is 5,27,14,890 male voters and 4,74,56,828 women voters. There are 1,12,986 polling stations. The polls in nine constituencies in West Bengal, which have been reduced to election campaigns, have become popular at this stage. West Bengal has been deployed more than 700 companies in the state.

The polling in 542 constituencies will be completed by this time. The Election Commission has canceled the voting in Vellore constituency in Tamil Nadu. Exit polls will come out late today as polling is complete. By-elections to the four assembly constituencies in Tamil Nadu and the re-polling in various states including Kerala will be held in the seventh phase.

Facebook
Twitter
Pinterest
WhatsApp
Previous articleKumbalangi Nights 100 Days Celebration
Next articleBloodshed in the last phase of polling: One person was killed in a bomb blast in West Bengal and one in Punjab