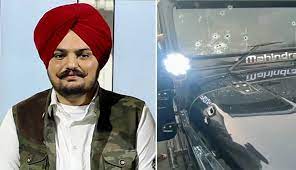 Sidhu Musewala Murder; One of the shooters was arrested

Chandigarh; A man has been arrested in connection with the murder of Punjabi singer and Congress leader Sidhu Musewala. Police say one of the eight people who fired at Musewala has been arrested. Harkamal Ranu, a native of Bathinda, was arrested.

Ten people have been arrested so far in the case. The man who handed over the weapons to the accused in the case and his accomplice were arrested yesterday.

The security of the VIPs was later restored by the government. A Canadian-based gang claimed responsibility for the killings.