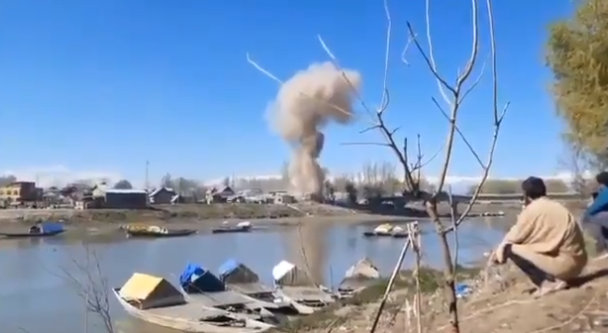 Srinagar: At least three militants were killed in an encounter in Pulwama in Jammu and Kashmir. Security officials encountered militants in Pulwama, reports said.  Police said the dead were linked to a terrorist attack in Nowgam. Earlier in the day, it was reported that the terrorists were hiding in a building in Pulwama.
The terrorists were later killed in a counter-attack by the security officials. No other information has been received from the scene so far. Police have set up strong security at the spot.