New Delhi: China will not accept Ladakh as part of India. China has blamed construction in Ladakh on border disputes between the two countries. Defense Minister Rajnath Singh inaugurated 44 bridges in Ladakh yesterday.

China’s response is in the context of this. China’s position is that Ladakh and Arunachal Pradesh are not recognized as Indian territories and both are illegally held by India. But India’s position is that these are completely within India’s borders.

China has demanded that such bridges in strategic areas be halted for military purposes. But India does not accept this. Senior military officials from India and China met for the seventh time yesterday to discuss the border conflict. The military has not released details of the 11-hour-long discussion. 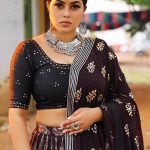