Chennai: Actress and Congress spokesperson Khushboo has resigned from the Congress. The resignation letter hands over to Congress President Sonia Gandhi. Khushboo’s move comes amid rumors of her joining the BJP. Khushboo is reported to have met BJP leaders in Delhi.

Khushboo was removed from the post of Congress spokesperson. According to some Tamil media said, the Kushboo will join in BJP on Monday. Khushboo says congress leadership has no ties to the lowest level. 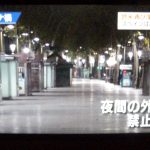