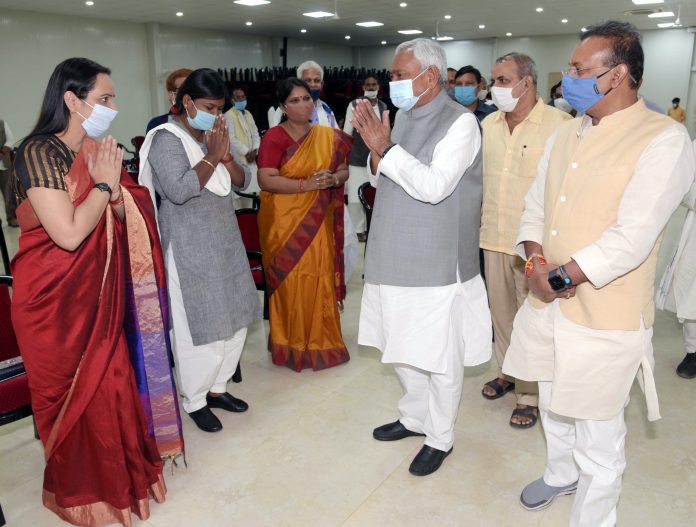 Patna:  Nitish Kumar has left the NDA in Bihar giving a heavy blow to the BJP. JDU has decided to leave the BJP alliance. Nitish informed the MLAs that the alliance was over.

The decision came after a meeting of party MPs and legislators were held at his residence. The resignation is part of Nitish’s Janata Dal United’s split from the NDA. Nitish Kumar will meet the Governor in the evening.