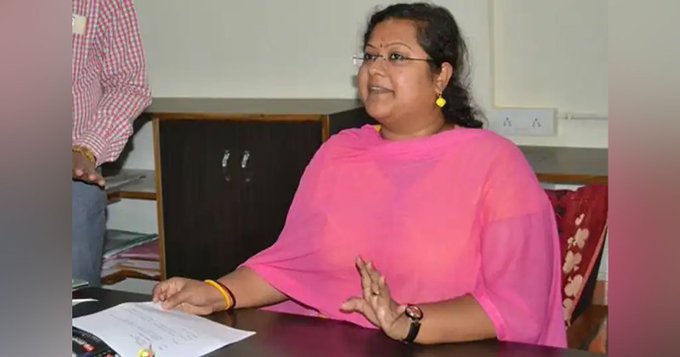 Soumya Chaurasia was arrested by the Enforcement Directorate (ED) after being summoned for questioning. The case alleges that an additional tax of Rs. 25 per tonne of coal transported from Chhattisgarh was illegally levied and the money was stolen.

Their house and other places were also raided. The ED also arrested her under the Money Laundering Act, of 2002. But Congress criticized the case as politically motivated.