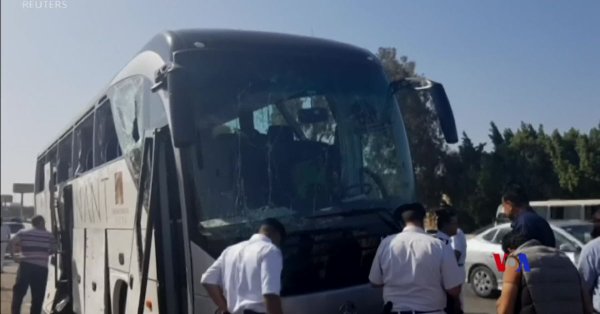 Cairo: A blast near the Giza pyramids of Egypt. At least 17 tourists were injured in the explosion near the Grand Museum. The condition of three of the injured is critical.

The tourist bus from South Africa got attacked. There is a doubt that Muslim extremists are behind the blast. Four people were killed in an explosion near Giza Pyramid in December last year. The government declared probe into the incident.