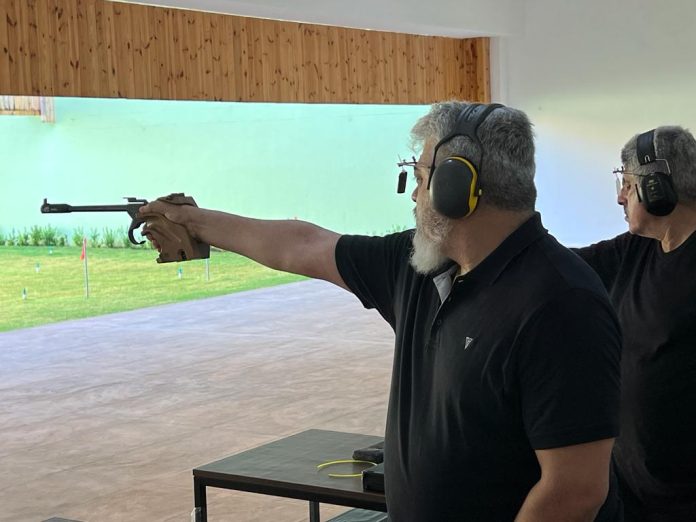 Chennai: Tamil superstar Ajith bagged six medals in the 47th Tamil Nadu Rifle Shooting Championship.
He won four gold and two bronze medals. Ajith participated in the 10m, 25m and 50m pistol shooting categories in the championship held in Trichy on Wednesday.
Ajith came to Trichy after completing the initial stage in Coimbatore. Thousands of fans came to Trichy Rifle Club to see the star. The actor has been practicing shooting for years. Ajith participated in Tamil Nadu State Shooting Championship in 2021 and won six medals. After completing the bike trip in July, the actor made preparations to participate in the championship.