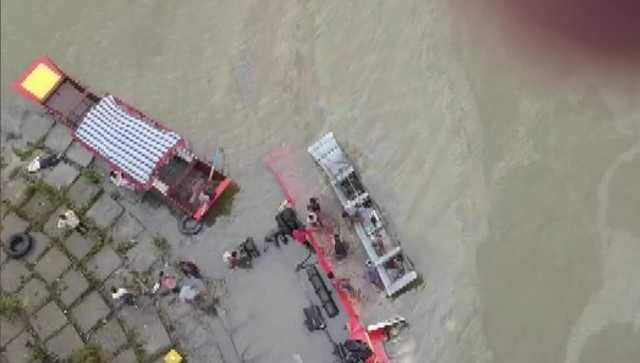 13 dead after bus falls into Narmada river; 15 passengers were rescued

Bhopal: At Khalghat Sanjay Setu in Dhar district, Madhya Pradesh, 13 people were killed and many injured after a bus plunged into Narmada river. The accident happened on Monday morning. The Maharashtra Roadways bus, which was going from Indore to Pune, met with an accident. Rescue operations are in progress. Minister Narottam Mishra told ANI that 15 passengers were rescued. It is reported that there were about 60 people in the bus. Madhya Pradesh Chief Minister Shivraj Singh Chouhan condoled the incident. The Chief Minister directed the district officials to provide immediate assistance to the injured.” A team of the district administration is at the accident site. The bus has been removed. I am in constant touch with Dhar district administration and Khargaon. “Directions have been made to make arrangements for proper treatment of the injured,” Shivraj Singh tweeted.