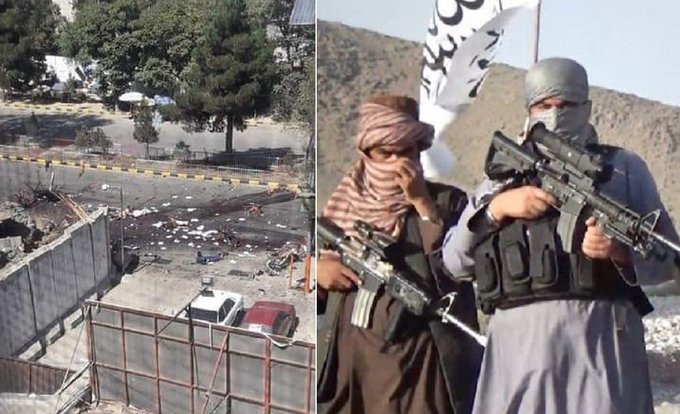 Sources close to the president said the president was not hurt. The attack took place shortly before the Ashraf rally was addressed. The Taliban claimed responsibility for the attack. The Taliban, a terrorist group, is creating a deadly atmosphere in Afghanistan to prevent people from voting in Kabul on the 28th. The security has also been increased as the Taliban threatens to attack polling stations and election rallies. The US had peace talks with the Taliban but had failed.