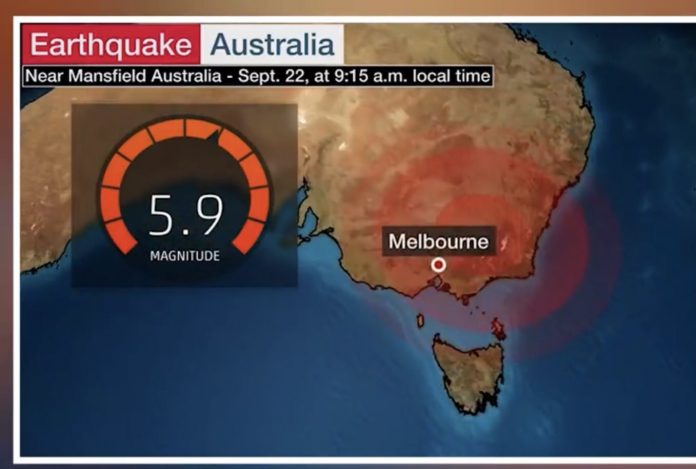 At 9:15 a.m. local time, it was felt hundreds of kilometers (miles) east of the city. The US Geological Survey said the quake had a magnitude of 5.8 and was 10 kilometers (six miles) deep. Earthquakes are very rare in Australia. Several buildings were damaged, but no casualties were reported.

An earthquake was also reported in Canberra. Power supply has been disrupted in various parts of the state following the quake. There were reports of one of the largest earthquakes in the country.

Melbourne, the country’s second-largest city, was hit by a series of buildings and quakes across neighboring states.