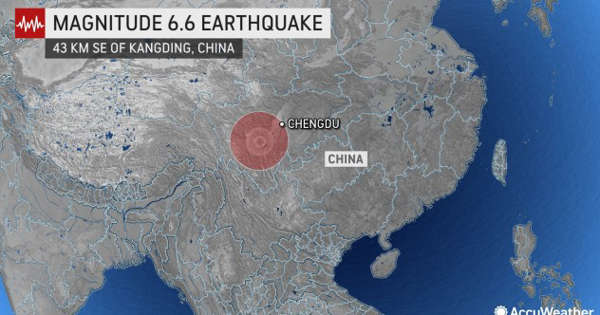 The epicenter is 39 km away from the district where the earthquake hit. An exact estimate of the damage has not been released. Sichuan is a region adjacent to Tibet. The Tibetan Plateau is a region prone to heavy earthquakes. Since 2008, 82 earthquakes have occurred in this region.

69,000 people died. In 2013, an earthquake measuring 7 on the Richter scale killed 200 people. Many buildings were damaged in the earthquake. The Chinese army has stepped forward for rescue operations.