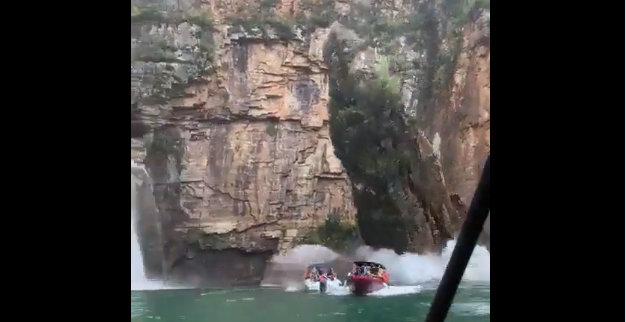 Brasilia: Ten people were killed when a layer of rock fell on top of two tourist boats on a lake near a waterfall. Earlier, it was reported that seven people had been killed.

The incident took place at the Capitolio Canyons tourist center in the state of Minas Gerais in Brazil. Thirty people were injured in the incident. The rock fell on top of two boats that were passing through the lake. The people in the nearby boat cried when they saw the rock coming up, but before the boats could change, the rock fell on top of it.

A large wave formed in the lake as a layer of boulder fell into the water. Some other boats that were nearby were also involved in the accident and the passengers were injured. The injured were shifted to hospitals. The Brazilian Navy is investigating the incident.